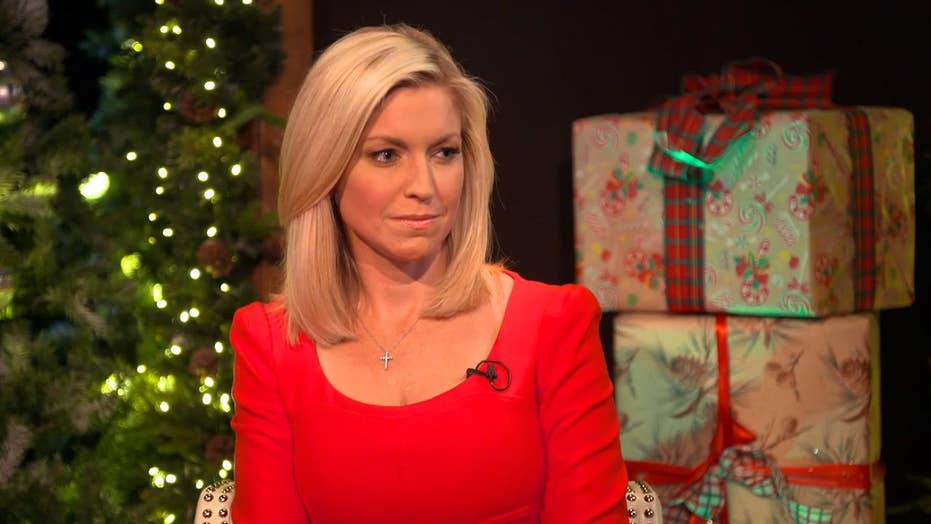 During a radio segment in May 2019, Stern went after the "Fox & Friends" host, mocking her faithfulness -- which she speaks of extensively on her Fox Nation show.

Stern's comments were directed towards a specific episode of the faith-based show, where Earhardt opened up about a challenge she was facing at the time and how she felt the presence of God was guiding her to peace.

"My whole Bible study watched his interview and we all felt sorry for him and we all prayed for him," Earhardt said. "We love him. We want him to know Christ. That's it."

Earhardt was joined on "Ainsley's Bible Study" by "Hannity" host Sean Hannity, who had a strong response to Stern's comments.

SEAN HANNITY OPENS UP ABOUT FAITH AND LIFE'S CHALLENGES

"Honestly, he was like totally making fun of your Bible study," Hannity said, "What was really interesting to me is I actually viewed it for you [as] you had something that he didn't have."

"I've interviewed Howard on radio and on TV," Hannity continued, "I admire him a lot...but what I realized [is that] he does not understand, as smart, talented and gifted [as he is], he doesn't have what you have -- which is he doesn't seem to think ever about the majesty of God or the need for the spiritual component."

In a candid moment for the Fox hosts, Earhardt revealed a private conversation she had with Hannity after she found herself on the receiving end of negative media coverage during an early point in her career.

"I remember the first time a negative headline was written about me and I approached you and I was upset... it was hard for me because my faith is important to me. I wanted to be liked," she said.

Hannity recalled his response, poking fun at his own media scrutiny.  "I told you 'Just go Google my name...you'll feel a lot better,'" Hannity said.

When Earhardt asked Hannity for the secret to "being liked and still being a Christian," the Fox primetime host said it's a matter of "staying true to who you are."

Later in the segment, Earhardt discussed the ups and downs of her faith, and the reality of "backsliding" in light of challenges.

"We all backslide," she said. "We can become a Christian. We can say we're saved. We can accept Jesus in our heart, but we all backslide. Life is long. Life is hard. There are times when you do things that you're not happy about and it's just trying to make yourself better the next day."

To watch the full episode featuring Ainsley Earhardt and Sean Hannity as they explore their religious journey to faith, join Fox Nation and watch the full holiday special of "Ainsley's Bible Study" today.

CLICK HERE TO JOIN FOX NATION AND GET 35% OFF TODAY