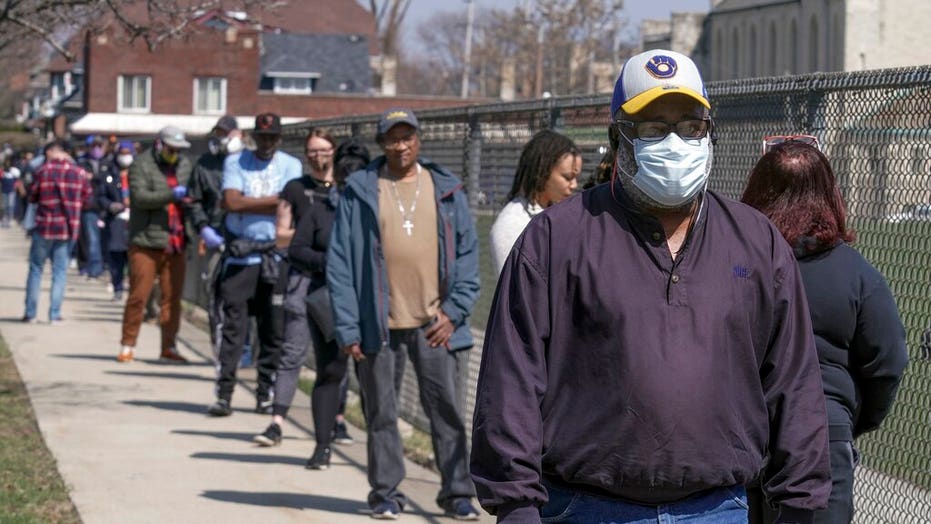 As more of American suburbia reportedly tilts toward Democratic presidential nominee Joe Biden ahead of the November election, the suburbs on the outskirts of Milwaukee remain a bulwark of support for President Trump.

To the north and west of the city, suburban Wisconsin counties have been red for decades. The New York Times reported Wednesday that won't change any time soon, as support for the president continues to surge.

Demographic changes for American suburbs have left political landscapes continuously in flux over the past two decades and what were once Republican strongholds have become Democratic-leaning areas with the introduction of nonwhite, well-educated, and younger voters moving out of larger cities or immigrating from abroad.

In previously highly contested states like Pennsylvania, Michigan, and Arizona, the former vice president has a leg up on the incumbent candidate.

However, a recent Marquette Law School poll showed Milwaukee was a different story, and Trump led Biden by 10 percentage points, 48% to 38%.

While Wisconsin Republicans like former Gov. Scott Walker highlight the success of the president's warnings about civil unrest in the three "WOW" counties -- Waukesha, Ozaukee, and Washington -- Democrats point to how they have managed to cut into Republican margins in the suburbs since 2016.

Although they may not be persuading Republicans to vote for their candidate, Democrats are turning out less active voters and volunteers and Biden currently leads Wisconsin by almost 7 percentage points, according to the Real Clear Politics Average.

Wisconsin Democratic Party Chair Ben Wikler cited “unprecedented energy," telling the Times that "people are coming out of the woodwork."

The New York Times noted that census data shows Milwaukee is an extremely racially segregated metropolitan region and that Waukesha -- the most populous of the three suburban counties -- is 92.5% White and less than 2% Black.

Tensions have run high around the state ever since demonstrations in Kenosha resulted in the deaths of two Black Lives Matter activists at the hands of 17-year-old Illinoisan Kyle Rittenhouse.

In addition, amid the COVID-19 pandemic and one of the most divisive elections in history, more voters than ever are expected to turn out to vote on Nov. 3 -- many by mail.

Four years ago, President Trump underperformed in the Milwaukee suburbs. In Waukesha County, he received about 20,000 fewer votes than current Utah Republican Sen. Mitt Romney did when he led the party in the 2012 presidential election. The president won Wisconsin by less than one percentage point, but he did so by driving up support among rural voters.

Using issues like rising homicide rates and a potential Supreme Court pick White House officials say would run alongside the president, he could swing a larger majority. But, a lot can happen in 41 days.