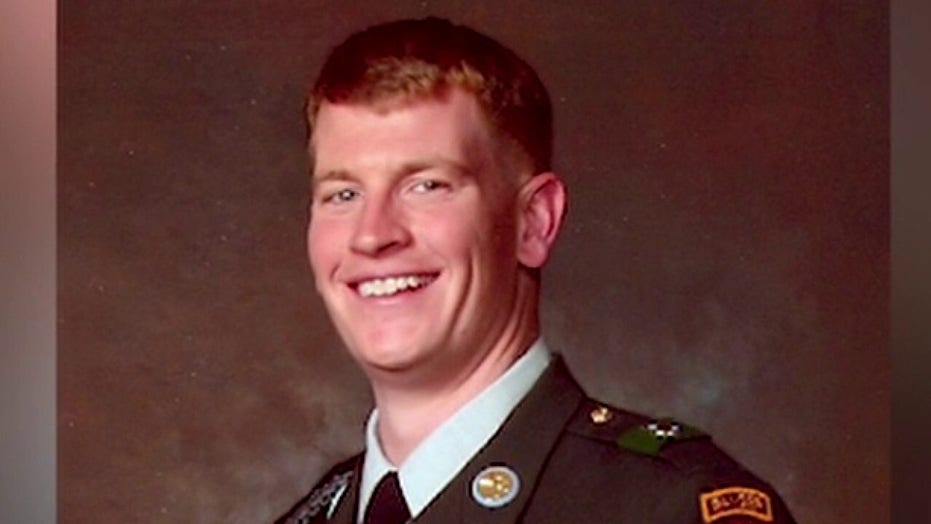 Dave Bray comes from a family with a history of military service.

His great-uncle received a Purple Heart certificate fighting in World War I, and both he and his father served in the U.S. Navy.

AMERICAN FLAGS HUNG AFTER 9/11 ARE GETTING TAKEN DOWN FROM NEW JERSEY OVERPASSES, LOCAL OFFICIAL SAYS

The 45-year-old grew up in York, Pa., a small town with a roundabout, gas station, convenience store, volunteer fire department and baseball field. Everybody knew everybody.

And so, when boys who were older than him enlisted to serve, Bray took note. He saw the respect and gratitude shown for those who had joined the service and signed up himself at age 17.

Bray was sent to Camp Lejeune, N.C. where he served as an 8404 FMF Corpsman for the 2nd Battalion, 2nd Marines.

He had only been out of the military for two or three years when American Airlines Flight 11 and United Airlines Flight 175 barreled into the North and South towers of the World Trade Center complex in New York City.

Dave and his wife, Becky, were living in their first apartment when a friend called them to tell them to turn on their television.

"Like everybody else in this country, we sat in prayer and silence and in awe of what was happening. And really trying to say to ourselves, 'My gosh, what is going to happen next?'" Bray told Fox News.

"We didn't understand what was going on. And, it was just this confusion: this essence of, 'What do we do?'" he added. "And, being that we're four hours from New York City, you know, do we need to go there? How do we respond to this?'"

And since that day, many more have perished. The toxic fumes and ash that rained down on first responders and those below would prove deadly. According to CBS News, more than 2,000 people have died of related illnesses, and an estimated 400,000 were exposed at Ground Zero.

While the annual remembrance at the site where the Freedom Tower now stands has been altered amidst the COVID-19 pandemic, memorial and museum leaders reversed a controversial decision to cancel the "Tribute in Light."

Family members will gather on the day for a socially distanced program commemorating those lost.

Bray said he wanted to be called to the front lines after the attack, but the call never came.

Instead, he turned to music. Now, he's a national recording artist.

Bray was also the original lead singer of the right-wing patriotic rock band Madison Rising, in which he wrote the Rock Rendition of our National Anthem garnering the band National attention.

"Music has always been an outlet for me to not only sort of exorcise my own demons, but to continue my service," Bray explained.

He started writing songs with a guitar-playing friend in high school. Bray has performed as Dave Bray USA since 2016. In 2018, he released "Music on a Mission" -- a narrative, rock anthem record with an underlying patriotic message which debuted at #6 on iTunes rock charts.

"I want to find the ears that are truly willing to not only, you know, listen to the music but hear the messages that are found within," he said.

On Sept. 4, Bray released a new single with that purpose in mind. "One Day of Hell 9/11" is a tribute to the men and women who came together on September 11, as well as a call to arms for all Americans.

Bray said he wanted to remind people of the soul of America.

"The idea behind the song and the essence of it is ... every single day we have, basically, people screaming that America was never great and, you know, nobody that's patriotic helped build this country," he said.

He counters that argument by citing the day after Sept. 11 when "people of all races, religions, creeds, ideals, belief systems, identities: they all swarmed around a city that had just been, you know, completely destroyed. And it didn't matter what your beliefs were."

"Everybody fell upon that city with grace and with pride and with, you know, filling the needs of all Americans. And you want to look at the most recent history and the most recent time when America was great, that was it," he stated.

But, according to Bray, it shouldn't take a tragedy like the 9/11 terrorist attacks for Americans to "realize how blessed we are even to be able to help each other through those tragedies."

"It's the people of America that make us great," he said.

Bray produced the ballad based on a recording from Tommy Renfroe, who passed away in 2006. His daughter passed along the song, hoping Bray would put it to use.

"The nod to him in that song is how I pronounce September 11 as one word," said Bray, who was moved by the emotion Renfroe expressed in it.

The piece has a faith-driven choral essence that Bray described as "haunting," as well as a twangy guitar and traditional country music vibe. 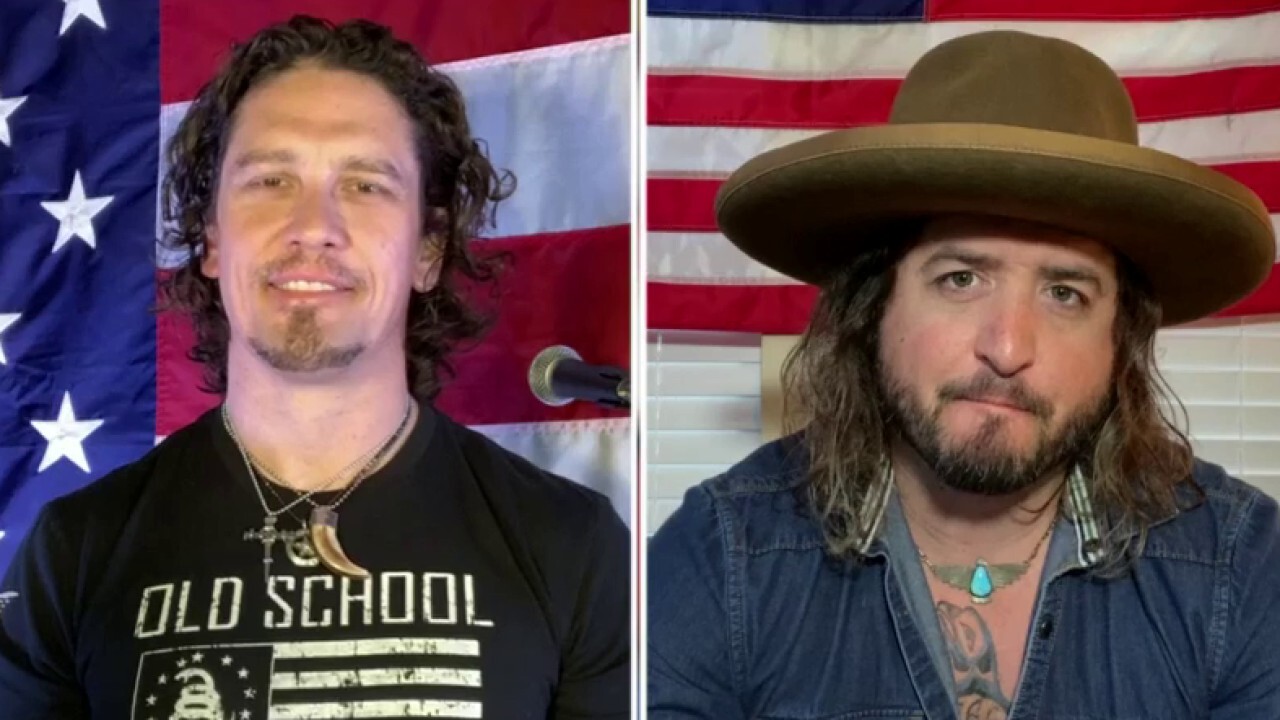 "When people truly stand up arm-in-arm, shoulder-to-shoulder and scream, you know, 'we all stand united after one day of hell' -- that's the 'We Are the World' moment that we're all looking for again," he said.

Almost 20 years later, Bray pointed out that the country seems to be traveling down a different path.

He said protesters and residents burning down cities were doing a disservice to the men and women who lost their lives on September 11.

"On this day, the days after, these firefighters, these police ... we hailed them. They were our heroes. They charged into those buildings. We lost them," he said.

Bray hopes the song will inspire others to give back to their country -- perhaps even after they've served.

"People need to know that even after you serve, you can continue to serve," Bray concluded. "We have to remember that deep down each and every one of us who swore an oath and put on a uniform, that there is a little bit of a warrior spirit down there. And we need to remember and hold on to that warrior spirit. Especially in this day and age."