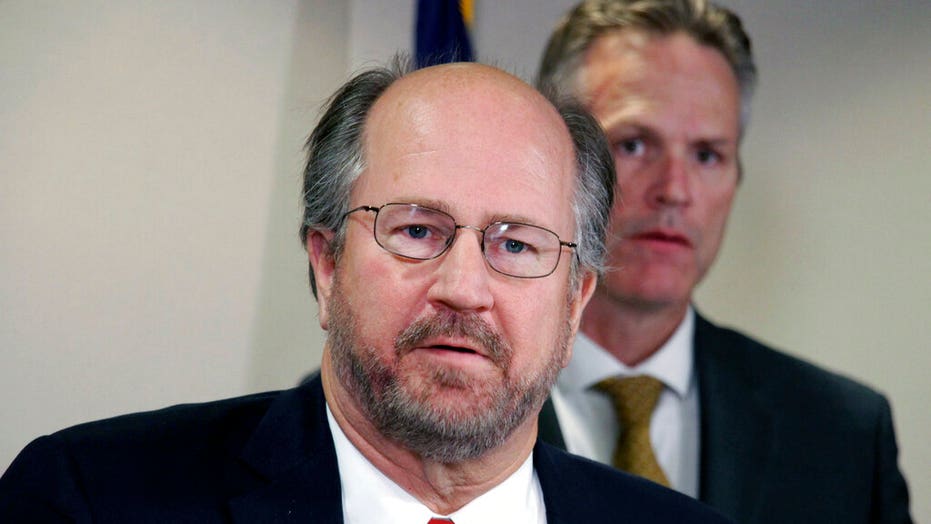 Alaska’s top prosecutor resigned Tuesday after details emerged about hundreds of text messages he sent to a younger woman who is not his wife.

“Kevin Clarkson has admitted to conduct in the workplace that did not live up to our high expectations, and this is deeply disappointing,” Republican Gov. Mike Dunleavy said in a statement. “This morning he took responsibility for the unintentional consequences of his actions.”

Clarkson, Alaska’s Republican attorney general, allegedly sent 558 texts to a state employee’s personal phone over a four-week span in March, which was revealed in a joint investigative report from ProPublica and the Anchorage Daily News.

The outlets obtained the messages but did not say from whom – stating that the recipient “declined to comment or participate in any way with the story.”

In a statement, Clarkson, who was appointed by Dunleavy and confirmed by the state Legislature, apologized for his actions and said the woman was not a subordinate or an employee of his department.

“I should never have placed her in this uncomfortable situation,” he said. “For this, I am truly sorry.”

He said the messages covered a range of topics including food, books and movies.

“All of these texts were ‘G’ rated,” he said. “There is nothing remotely salacious about the texts.”

But they did include compliments about the victim’s appearance and multiple invitations for her to visit Clarkson’s home for dinner and drinks – “which she politely declined.” Some were sent late at night and many contained emojis. And they led her to become uncomfortable enough to report the contact to her supervisor.

She told Clarkson to stop in April.

“When this person eventually expressed her discomfort to me, I immediately respected her wishes and ceased communicating with her by text,” Clarkson said in his resignation letter.

He added that “two months passed uneventfully” and appeared to blame political foes for raising the issue – even as he reiterated it was “wholly” the result of his own “error in judgment.”

“There is nothing more important than the protection of our state employees, and that includes feeling safe when an employee is at work,” Gov. Dunleavy told the Anchorage Daily News after accepting Clarkson’s resignation letter.

Prior to the attorney general’s resignation, he was on unpaid leave for nearly a month, the outlet reported.

The governor’s office declined to share further details on the case, citing the state’s laws on personnel matters.

“Sexual harassment must not be tolerated anywhere,” said Lindsay Kavanaugh, the Alaska Democratic Party’s executive director. “When an attorney fails to understand the difference between right and wrong, he has no business in the legal profession, never mind as the top attorney in the state.”